If you really want a romantic date this Valentine’s Day, instead of going to a fancy restaurant, you might think about taking your spouse to church on Sunday.

A study released by the Institute of Family Studies (IFS) found that couples who regularly go to church together report higher levels of happiness than those who don’t. More than 3 in 4 regular church-attending couples (78 percent) say they are “very happy” or “extremely happy” in their relationship. “By contrast,” write study authors W. Bradford Wilcox and Nicholas Wolfinger, “67 percent of men and women in relationships where neither partner attends are happy, and just 59 percent of people in couples where only she attends regularly report they are very happy.”

This is consistent with research from sociologist Brad Wright who found that while the overall divorce rate may be higher in evangelical heavy states, couples who actually attend church are less likely to be divorced.

He found 6 in 10 evangelicals who never attend church had been divorced or separated, compared to 38 percent of weekly attendees.

LifeWay Research also found a link between decreased church attendance and divorce. Three months before their separation, 7 in 10 regular churchgoers who divorce are attending church once a week or more. For those in healthy marriages, the rate is 87 percent.

Interestingly enough, the IFS study found a man attending by himself is statistically as beneficial to the happiness of the couple as both attending—78 percent for both.

The researchers aren’t entirely sure why a man’s solo attendance is linked to a better relationship outcome, but they give several possibilities as to why that may be the case.

“Perhaps women who are highly religious are more likely to look for spiritual communion with their partners than devout men, and to be disappointed when it is not forthcoming,” write Wilcox and Wolfinger. I

t might also be that men are especially likely to benefit from the religious instruction to care for their spouse and remain faithful. Finally, church attendance may increase a woman’s expectations of her partner’s behavior, and when these expectations are not met by her less devout spouse, the relationship suffers.

That supports the contention of researcher Jennifer Glass who says marriages between evangelical women and non-evangelical men are among the most likely to result in divorce, “Those marriages have a particularly high risk of divorce,” she says, “we believe because of clashing expectations of how husbands and wives should behave.”

Digging deeper into their research for IFS, Wilcox and Wolfinger found two aspects of attending church together that may contribute to the overall happiness of a couple—sharing friends at the congregation and praying together. Praying together is even more likely to be connected to a happy couple. Seventy-eight percent of couples who pray together almost every week or more report being very or extremely happy. Only 61 percent of those who don’t pray together that often report the same type of happiness.

The researchers suggest it may be that joint prayer brings a higher sense of “emotional intimacy, communication, and reflection about relationship priorities and concerns, and a sense of divine involvement in one’s relationship.”

In fact, prayer was a stronger predictor of happiness than any other religious factor. “It is also a better predictor of relationship quality than race, education, age, sex, or region,” write Wilcox and Wolfinger. “Couples who pray together often are much happier than those who do not.”

In summing up their study, the researchers write, “Joint attendance seems to connect men and women to networks of friends who are living family-centered lives, and is also associated with a spiritually intimate behavior: praying together.”

They assert that what we’ve all heard may, in fact, be true: “The couple that prays together stays together.”

For other research-based tips on developing a happy marriage, Facts & Trends spoke with social researcher Shaunti Feldhahn who shared what she called “surprising secrets of highly happy marriages.” 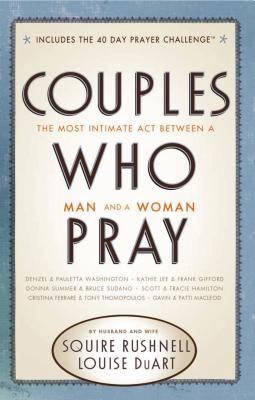