While our nation’s biblical illiteracy shows up in our inability to recognize phrases that come from the Bible (see 11 Common Phrases You Didn’t Know Were in the Bible), many struggle with phrases that “sound biblical” but come from somewhere else.

Sometimes these ideas are fairly innocuous, but others are absolutely contrary to the actual message of Scripture. See how many of these 11 things you thought were actually mentioned in the Bible.

1. An apple in the garden

While Western art has traditionally depicted the fruit Adam and Eve ate in the garden as an apple, the Bible is not that specific. Genesis 3:6 merely describes Eve eating some of the “fruit” and sharing it with Adam.

So, don’t blame the Red Delicious sitting in your fridge for the Fall. Maybe it was a lemon. Those things have always been sour.

Once again, we find a specific drawn from limited information in the Bible and popularized by art. While we may sing “We Three Kings of Orient Are” at Christmas, the Bible only tells us that there were three gifts and more than one magi (Matthew 2:1-12).

Oh, and take the wise men out of your nativity scene, too. They arrived much later, when Mary, Joseph, and Jesus had already moved to a house in Bethlehem.

Despite what Veggie Tales taught you, the Bible never says it was a whale that swallowed the runaway prophet. Jonah 1:17 says that God sent a “great fish” to take Jonah in the right direction.

If a grouper can swallow a shark whole, I’m sure God could find a fish big enough for Jonah.

Close, but the frequently quoted phrase is missing a few important words. 1 Timothy 6:10 actually says that the love of money is the root of all kinds of evil.

God doesn’t want you swimming around in gold coins in a gigantic money bank like Scrooge McDuck, but He may bless you financially so that you can bless others.

After being fired by the Chicago Bears, iconic football coach Mike Ditka told the gathered media that Scripture tells us “This too shall pass.” Except that’s not true.

It’s likely that Ditka and others have gotten it confused with the phrase “it came to pass” that appears over 400 times in the King James Version or the sentiment from 2 Corinthians 4:17-18. At least, he didn’t quote Gandalf and say he was quoting Jesus.

6. Cleanliness is next to godliness.

Sure, the Old Testament contains lots of rules about ritual cleanliness, but this biblical-sounding proverb is nowhere to be found in Scripture. Some form may have originated in ancient Middle Eastern religious writings.

Scientist Francis Bacon had a version, but the modern quote first originated in a John Wesley sermon. If it helps you to get your kids to take a bath, go ahead and use it, just don’t say it’s from the Bible.

It’s one of those true-ish statements, but it’s not a Bible verse. Sure, Scripture is full of God doing things in unusual (to us) ways.

Isaiah 55:8-9 reminds us that God’s ways are different from ours. But no biblical prophet ever uttered those words.

This one goes back a ways, but not quite to biblical times. In the 5th Century, Augustine wrote a line which translates roughly to “with love for mankind and hatred of sins.”

Later, Ghandi, a practitioner of Hindiusm said, “hate the sin and not the sinner.” Still, both loving sinners and hating sin are biblical (Matthew 5:43-44, Psalm 97:10).

This one may surprise you, but that phrase is nowhere in the Bible. As much as you may think it’s an exact quote from the Sermon on the Mount or another verse, it’s not there.

10. God will not give you more than you can handle.

This is the result of some presumably well-meaning person trying to sum up 1 Corinthians 10:13 as a way of comforting a person going through a trial, but that’s not what that verse or any other verse in the Bible teaches us.

You find countless cases where someone faced something they couldn’t handle—but God could and did. That’s the point, including Paul’s words to the Corinthians where he tells them God will provide a way of escape from temptation.

If we could handle everything that came our way, we could take care of our sin problem. But we couldn’t and we can’t. That’s why we needed (and continually need) Jesus.

11. God helps those who help themselves.

If I could pick one phrase to erase from the memories of every Christian, it would be this one. This falsely remembered Bible verse is a blatant contradiction to everything Scripture actually teaches us.

Where does the phrase actually come from? Variations are proverbial statements in ancient Greek tragedies. The Quran (13:11) has something similar. An English politician gave us the exact wording, which Benjamin Franklin quotes in Poor Richard’s Almanac.

The message of Romans 5:8 is the exact opposite. While we were still sinners and unable to help ourselves, Christ died for us—proving how much God loves us, how amazing grace is, and how incapable of helping ourselves we truly are.

Were you surprised by any of these? What other sayings have you heard that people wrongly attribute to the Bible?

photo credit: Sunchild57 Photography, All Behind Again! via photopin cc 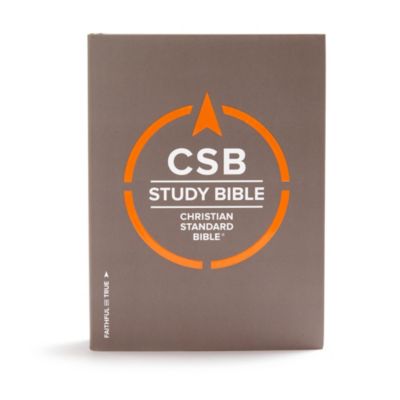