The word interpret can be used to mean “to understand,” “to translate,” or “to explain.” These three functions of the interpretive process are also appropriate for preaching.

First, we seek to understand what the text is saying. Then we translate that information into the intended theological message. Finally, we explain that message to the congregation.

The interpreter needs to have a working knowledge of basic principles of interpretation. These hermeneutical principles are like the tricks of the trade for an interpreter.

They guide us in our examination of the text so that our work is kept within the bounds of legitimate hermeneutics. The assumption behind these principles is that, properly handled, the text will disclose its meaning to the interpreter.

Interpreting the Bible—hermeneutics—is the science and art of understanding, translating, and explaining the meaning of the Scripture text.

To guide this process the preacher can follow basic principles that help the interpreter discern the intended meaning of the text writer rather than imposing his own ideas on the text. Here are seven principles I would recommend.

1. Identify the kind of literature your text is for insight into its meaning.

Bible scholars call this the genre of the text. That means the general form the text takes—narrative, prophecy, poetry, history, gospel, epistle.

The various kinds of literature present their message in differing styles and with different structure. Narrative texts do not operate the same way epistles do in getting their message across to the reader.

The variety in literary forms can become a complicated study. Bible scholars go beyond the basic forms I mentioned here to subforms with subtle differences the ordinary reader might not notice.

Often they disagree with one another about these subtleties. In spite of these technical distinctions, the preacher can still recognize the text’s form and how it affects the meaning.

2. Consider the context of the passage for a better understanding of its meaning.

This is often considered the first and most important principle for accurate interpretation. Bible scholars use the term context to discuss various aspects of the original writing of the text—historical, social, political, religious, literary. It is this literary concern I have in mind as the context of the passage.

Taking the text out of that context risks misinterpreting it. Often clues in the surrounding verses will open aspects of the meaning in your text you would have otherwise missed.

3. Read the text for its plain and obvious meaning.

A common and persistent myth about the Bible is that its real meaning is hidden behind the surface message.

Even though the Bible uses symbolic or figurative language, most of it is clear to the reader. Even when you do not know about the people, places, and events in question, you can grasp the point of the text.

The use of figurative language in Scripture only enhances the plain meaning of the text. “Why do you complain about the splinter in your brother’s eye when you have a plank in your own eye?” Jesus said (Matt. 7:3 NIV).

Even though this is figurative language, we have no trouble understanding what he meant. His use of the metaphors makes it even clearer.

4. Try to discern the writer’s intentions when he wrote the text.

This principle of intentionality is critical for the expository preacher. You study the text not to find a sermon in it but to discover the writer’s intended message.

Unless you can learn the intended meaning of the text writer, you will not be able to preach the message of the text in your sermon.

Remember, “The text cannot mean what it never meant.” Discovering the writer’s original meaning is your first task as you prepare to preach to your own generation.

Remember, “All scripture is God-breathed” (2 Tim. 3:16 NIV). The same Holy Spirit who inspired these words in the first place wants this message to be preached again through your sermon.

And you want to preach in a way that is in line with the Spirit’s purposes.

5. Look carefully at the language of the text for what it reveals about its meaning.

Words carry thoughts. The words of the text are all we have of the writer’s thoughts. If he hadn’t written it down, we wouldn’t know what he was thinking.

So we can look closely at his words, examining each one carefully for the part it plays in his message. Also look at how the words and phrases connect with one another and how the sentences are constructed.

If you can study the text in the original language, you can gain greater insight into the meaning. Many preachers study Greek and Hebrew for that reason.

But even if you cannot read your texts in those languages, you can still use lexicons and word study books to guide you.

Though your congregation is probably not interested in the Hebrew and Greek, your study will open insights that will make the message clearer to them. You can do this without going into detail about tenses and forms in the original languages.

6. Notice the various theological themes in the text.

When you do the structural diagram and your observations, you will list these themes and what the text says about them.

Identifying these themes and understanding how they relate to one another in your text is a most helpful key to grasping its meaning.

These same theological themes will show up in different combinations in various texts throughout the Bible. In your preaching text you will try to discover the best wording for the writer’s subject and the modifier that limits and focuses it.

You will also look through the text for the predicates, the various things the writer is saying about his subject. The theological themes in the text will give you what you need for these tasks.

7. Always take a God-centered perspective for interpreting your text.

This means looking at the text in terms of what it reveals about God and his dealings with his creation, particularly man. This is theological interpretation.

It arises from the assumption that the Bible is really God’s means of making himself known to us. What it says about him will always be central to every text.

The Bible was not given by God to tell us about ancient religious people and how we should all try to be like them. It was given to tell us about the faithful God whom they either served or denied.

Their response is not the central message; God’s will and his involvement with his creation are. Even texts that give instructions as to how we should behave reveal something about God. 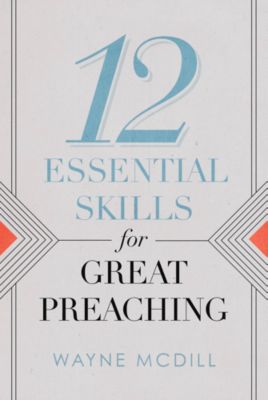 Previous Post: « 7 Ways The Lord Uses Depression in the Life of a Minister
Next Post: 25 Ways the Web Has Changed the Church »